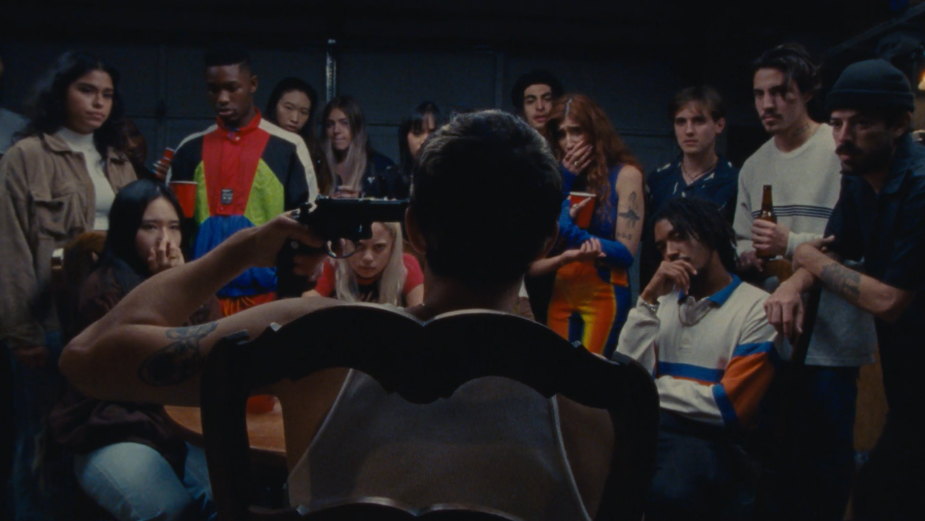 SMUGGLER director Phillip Youmans’ new music video “Beautiful Life” for Michael Kiwanuka features a game of Russian Roulette as the backdrop to Kiwanuka’s moving track. Exploring the phenomenon of DMT, Youmans interweaves the perspectives of four teenagers, each seeing their lives flash before their eyes before pulling the trigger.

Shot on 16mm, Youmans’ raw immersive approach creates scenes that are bold, dynamic and claustrophobic at the same time, while the kinetic camera during each flashback brings a nostalgic and lively feel. Through gripping storytelling carried by authentic performances from the nuanced and diverse cast, Phillip Youmans blends his artistry and Kiwanuka’s powerful single in a matter of life and death celebrating the true strength of the human spirit.

Best known for his award-winning debut feature BURNING CANE, Youmans has become a singular talent and one of cinema’s most exciting new voices. After his music video “Interlude (Loving The People)” for Michael Kiwanuka, Philip Youmans continues his collaboration with the Mercury Prize-winning artist with “Beautiful Life”.

Philippe Youmans comments: “This story is a cautionary tale about our country’s easy access to and fascination with firearms. We follow teenagers playing Russian roulette with a parent’s revolver. As each player holds the gun against his temple, his life flashes before his eyes. When we die, our bodies release DMT; as the chemical fills our bloodstream, a person is said to see his life flash before his eyes. So close to their possible death, I wanted to explore these characters through their memories. With each pull of the trigger, the risk of death increases and each player faces different levels of fear. Overconfidence and recklessness underline the themes central to this film: life is beautiful and precious, and conformism and exhibitionism can be deadly.Although they are scared, they pull the trigger anyway, yielding to the pressure of the moment.