At different times during the pandemic, Vermonters have deprived themselves of certain benefits – vacations, buffets, cinemas and even hugs. Thanks to presenters such as Stowe Cider, live music has not always been lacking.

Located on scenic Town Farm Lane in Stowe, the cider house and bar has made the most of its outdoor space to provide live tunes in a socially distanced atmosphere up to four nights a week.

Together with jams, food and drinks complete the trio of good times. Known for valuing dryness over sweetness in its drinks, Stowe Cider has both on-site backyard consumer sales and takeout cider from a pick-up window. His street food cart serves delicious food to onlookers. Last summer’s menu options included a starter consisting of bread, protein, sauce and toppings.

Of course, masking, distancing and other precautions have been put in place as needed. The concerts nonetheless provided an outlet for music lovers. Like a Seven days reader said, “It was almost normal to see music there!”

The cider house calendar is already filling up with this season’s shows, so check the website often for upcoming events.

Lyric theater: This Burlington-based theater company has kept busy throughout the health crisis, hosting an outdoor movie last July (a musical, of course) and collaborating with the Vermont Symphony Orchestra for an outdoor concert in part of the Flynn’s Hurly Burly series. His outstanding production, however, was New Leaf — An outdoor musical cabaret. “Change” was the theme of this Broadway musical revue. (Burlington • lyrictheatrevt.org) 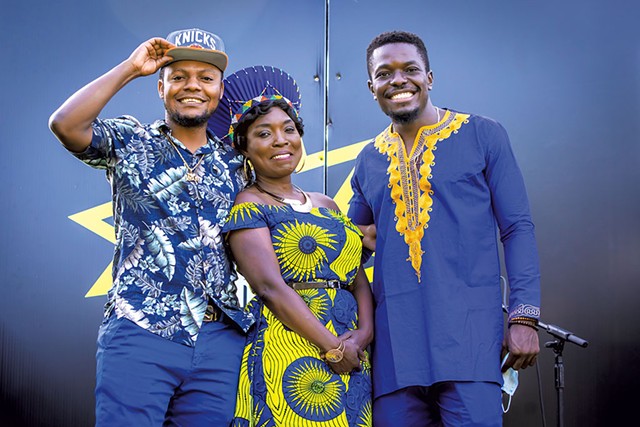 Hurly Burly: “If people can’t come to the arts, then we’ll bring the arts to them,” Flynn artistic director Steve MacQueen wrote in a 2020 press release. Burlington hosted various artists such as Latin jazz trumpeter Ray Vega and Afro-fusion singer KeruBo on a makeshift stage attached to a flatbed truck in August and September 2020. (Burlington • flynnvt.org)

Editor’s Note: To choose Vermont’s Pandemic All-Stars, we asked our readers about the people, places, and programs that have kept them going — and going — during the COVID-19 pandemic. Space constraints prevented us from recognizing each choice worthy of the public’s praise.

Cinematographic and musical performance on “our relationship to sound” at UA