The curtain fell one last time for Randy Abel, an American musician who fronted popular Beijing band The Randy Abel Stable, who died on May 29 in the UK of leukaemia.

Formed in 2011, The Randy Abel Stable combined classic American genres like honky tonk, bluegrass and blues to create their own distinct yet Americana-influenced sound.

Beyond that, however, one of the things that really made the band work was Abel’s songwriting, bandmate Peter Schloss recalls. “Having played his music for many years, I can tell you that Randy’s lyrics were magical in the way they could tell a story that allowed the characters that populated his songs to come to life.”

Schloss adds that The Randy Abel Stable were not a cover band, although they did play some good covers. “Our first album was all original, and so was our next album. Our live shows were always full of originals.

It is this penchant for originals and classics that constitutes Abel’s fondest memory at Schloss: when they first met. Along with the band’s future mandolin player, Parker Trevathan, the three attended a scheduled weekly jam session in the hutongs in April 2011, only to find they were among the only ones there.

“Parker played mandolin while Randy played harmonica, and I was on banjo,” Schloss says. “We played late into the night, with Randy singing songs we knew and songs we hadn’t heard yet. The three of us knew something special was happening, and a week later Randy asked us if we wanted to form a group. 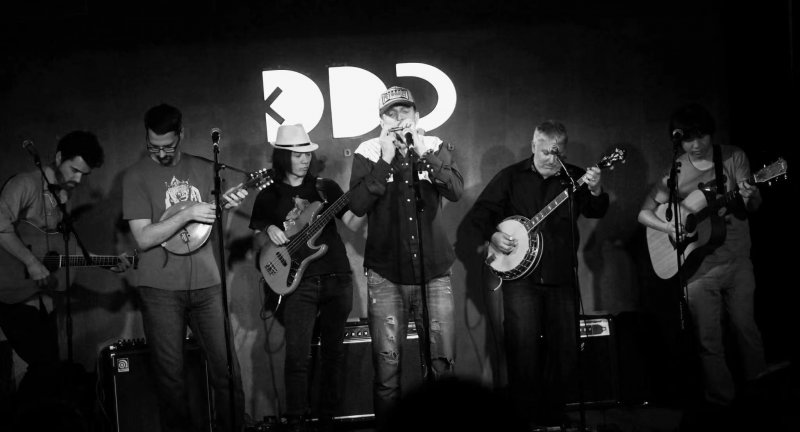 The trio came together to form The Randy Abel Stable, with Abel on vocals and harmonica, Trevathan on mandolin, and Schloss on banjo. They are soon joined by Josh Dyer and Liu Yusi on guitar.

Abel was one for good first impressions, Dyer echoing Schloss with his own memories of the musician. “I first met Randy in the backyard during the original Great Leap, and he was there to jam,” Dyer explains. “Everyone had guitars, ukuleles, mandolins and banjos, and jam leader Chris Boehner, who ran a band called the Redbucks, asked Randy if he wanted to sing a few songs.”

Dyer hadn’t noticed Abel at first because he wasn’t carrying an obvious instrument, and he seemed very calm. But when asked to sing, Dyer recalls, Abel opened up with that big, authentic country voice. It looked like he’d come out of a country song – which fit the bill, as Dyer later found out Abel grew up in Rust Belt Ohio with family members from the Appalachian part of the state. , near West Virginia, which Dyer believes contributed to these genuine roots. 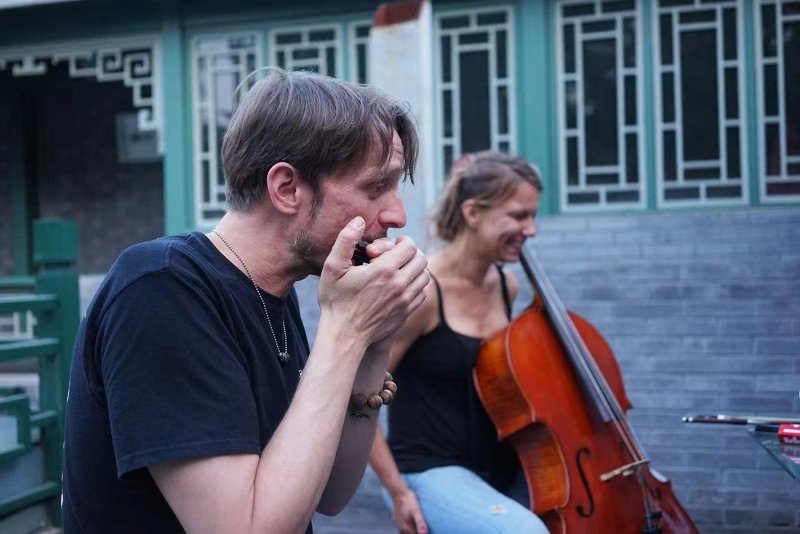 It was quite a contrast, but Dyer soon discovered that it was characteristic of Abel. He was shy and withdrawn at times, but he suddenly unleashed everything in huge, energetic performances under the spotlight, whether backed by a band or just his harmonica.

That country demeanor and unstoppable hunger to sing at any opportunity translated to the stage as well, with Schloss saying Abel should be remembered for his stage presence, which, alongside the songs, is what brought people to the shows; they came to see the band because they knew they would always see a great show – sometimes a show – and often the unexpected, says Schloss (you can see that show first hand here, in the images of the interpretation of the group of “Love in Vain” at Taihu Music Festival, VPN enabled)

The stage presence and nature of the music played by The Randy Abel Stable not only appealed to overseas audiences, but also Chinese audiences, eager for an American sound that many of them had never experienced before. . Parker Trevathan, the band’s mandolin player, elaborates: “Randy was a link to an older form of American folk art, and while he may not have been the most skilled player or singer, he was real and his performances were magnetic.” 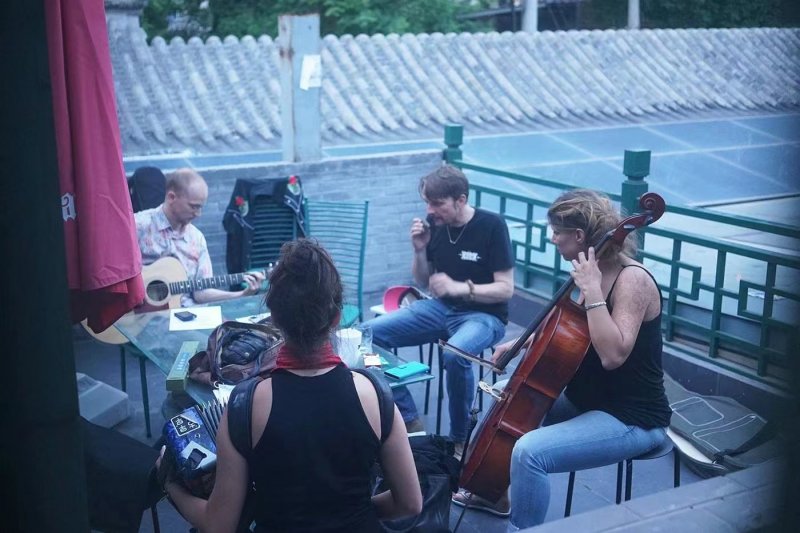 Liu, on the other hand, remembers Abel as a brother. Once, Liu got drunk at a wedding with a concert right after. He found himself on a subway heading to the concert with Abel, completely passed out, his head resting on Abel’s shoulder for most of the way. When he came to, Abel told him that it was a little awkward on the ride, but their connection as bandmates and brothers outweighed that.

The band lasted until 2014, effectively ending when Trevathan moved to Tianjin and Dyer to Dali, but over its short history The Randy Abel Stable continued to play shows in a number of venues including DDC, Paddy O’Shea’s, an annual Halloween Show at Yugong Yishan and Dazefest at Dos Kolegas.

As well as performing at a number of Midi festivals, their biggest show, according to Schloss, was a headliner at the Taihu Lake Festival in Wuxi. 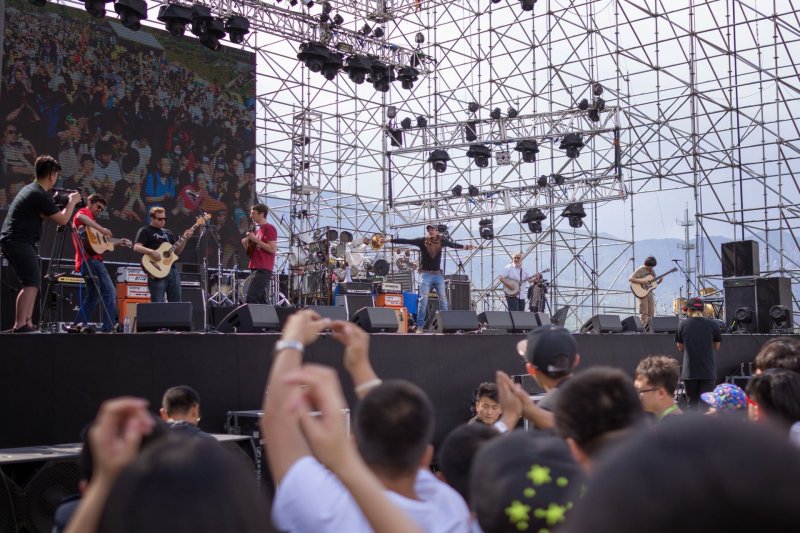 “As a musician and a person, he was well aware of his strengths and weaknesses,” Liu says, adding that when Abel had a vision, he wasn’t shy about pushing and maintaining his points. That being said, Abel would never push others to do anything they felt uncomfortable with.

Liu thinks Abel should be best known for the music he recorded with The Randy Abel Stable. “I will always cherish the memories of us playing and recording music together, although it’s a shame that some songs like ‘So She Stays at Paddy O’Shea’s’ were never recorded.”

The Randy Abel stable recorded an EP and full album, “Stable Condition”, which was released to much fanfare in 2013. You can listen to the album and more of the band’s music on their Bandcamp page (VPN enabled). 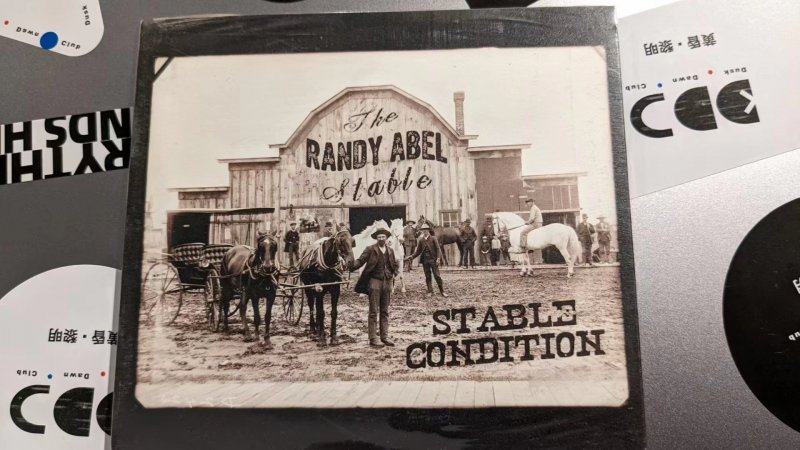 It was also in Beijing that Abel found love. In 2016, he met Rosie Eade, a meteorologist and folk musician who was on a two-month work assignment in Beijing, at an open-mic night at Caravan. The two spent time together after that, and a relationship slowly blossomed. Eade would return to Beijing for another trip, during which she and Abel would play a few gigs together before eventually moving to the UK in 2017 and getting married in 2018.

Before Abel left China, however, it was not without a final hurrah. Featuring members of The Randy Abel Stable and other musicians, a final gig was held at Caravan, titled simply Anyways Folkways.

Memories of Abel, the Randy Abel Stable band, and his mark on the Beijing scene remained, and it was in the latter part of his life that Dyer says his second memory remained, the last time he spoke with Abel. 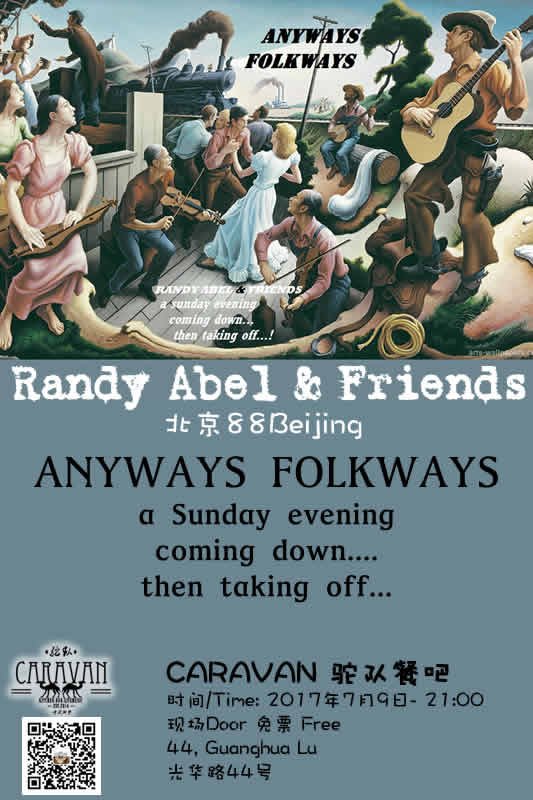 By then, Abel had been diagnosed with leukemia and was reaching out to former bandmates to reminisce and find out how they were doing. “I don’t think I spoke to him for a couple of years then,” Dyer admits. “We talked on video chat, and I will probably remember that conversation all my life, he was just very honest. I don’t think he accepted death at this point, but it felt like he was a guy in the process of transformation; prepare to face this thing.

Abel has always wanted to enjoy everything. Dyer says Abel always had a quiet warmth and soul, but that came with a kind of reticence. In that last conversation, however, it was over there on full display; it became quite expressive, and all that warmth and soul felt magnified. 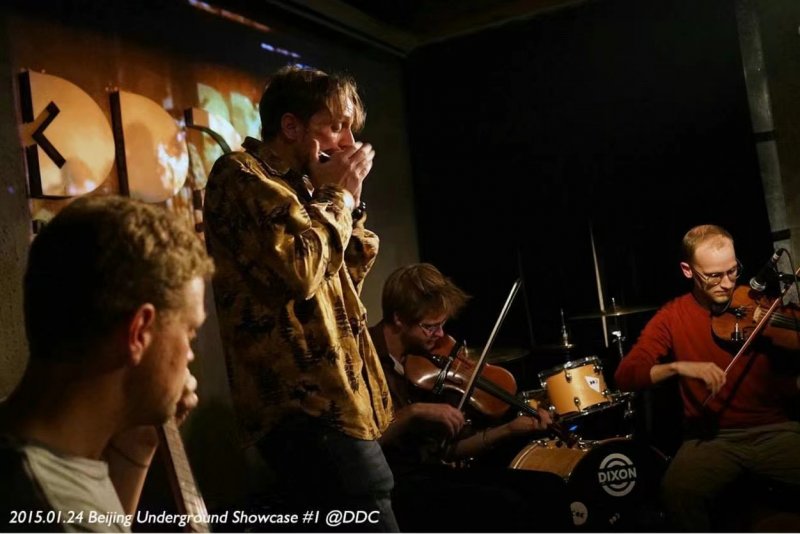 Although the man behind Randy Abel Stable has left this world, his music and the memories and relationships he forged throughout his time in Beijing and China remain unwavering, and I hope so will so for years to come.